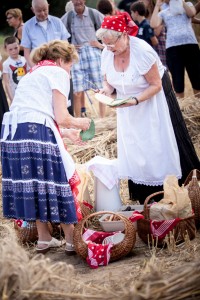 Each year, during the last weekend of july, there is the harvest festival in the Faluintjes region. Alternating each year in the municipals from Aalst (Baardegem, Herdersem, Meldert and Moorsel). The festival is called ‘de Pikkeling’

The most important facets are the traditional dances and music from a diversity of countries, the international folklore, field activities and the gastronomy of the region.

This harvest festival brings the ode to joy for the harvest. The traditional methods of harvesting are shown each year. Typical food of the region is promoted and a lot of attention for the international folklore.

Origin of the name ‘Pikkeling’?

After months of preparations, by the farmer, the climax is annually celebrated at the pikkeling: the harvest.
With scythe and hook the grainhalms are mown by sheaf. The untied sheaves are carefully placed. A flat laying sheaf is originally called ‘pikkeling’. Afterwards they’re tied up. This is mostly done by woman. This is done by a grasp of straw tied around the middle of the sheaf. Afterwards the sheaf is put straight to dry for a few days.

One sheaf is put straight, surrounded with multiple sheaves to prevent falling over by the wind.
This job is called ‘stuiken’ in dutch. The drying stack of sheaves is common called a ‘dectuplet’ because most of the time it consists of 10 sheaves.
This whole process of mowing, binding and ‘stuiken’ is the foundation of the festival. 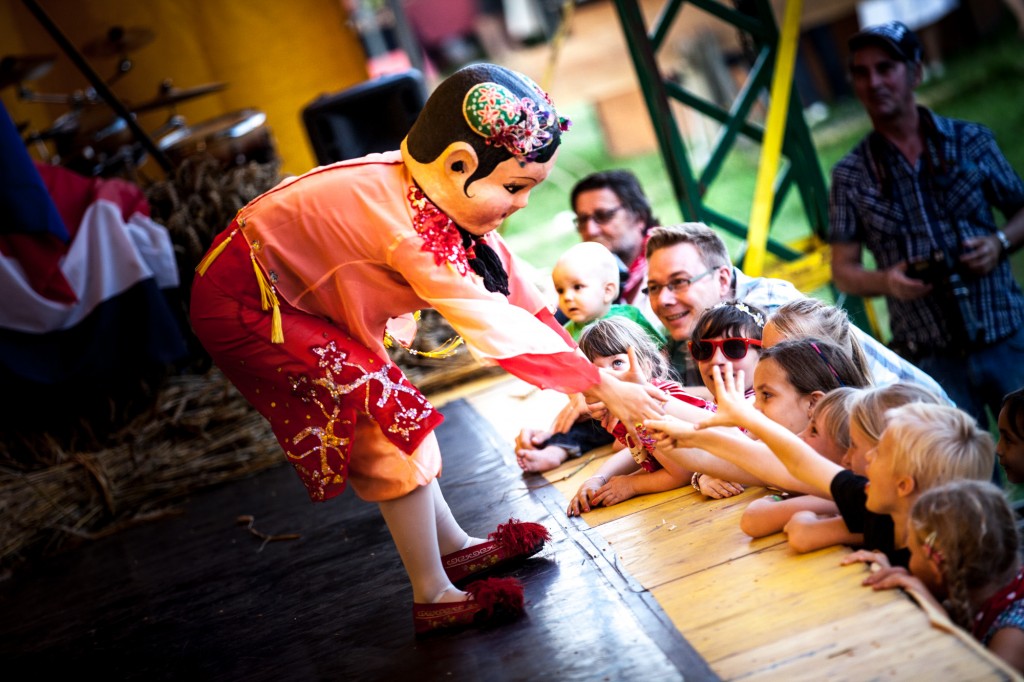 The last weekend of July

The Pikkeling is a public festival for the big and small, the young and old, the conservative and the progressive. One thing they all have in common: their love for nature and respect for the past .

Publicity for this initiative is done in the Faluintjesmunicipals, Aalst and neighboring municipals. In Flanders as well thru different media channels.

Since a few years we are delighted about the foreign interest for our festival.

All this is made possible by our volunteers and local sponsors.